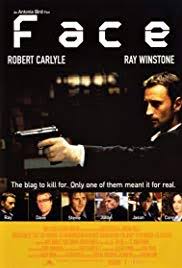 Review: Five London crooks attempt to steal $3 million from a West London Security firm; the only problem is that they only come away with $500.000. One of the gang members steals the money and hides it in a police station.
Director: Antonia Bird
Actors: Robert Carlyle, Ray Winstone, Steve Sweeney, Gerry Conlon, Lena Headey, Steven Waddington, Andrew Tiernan, Sue Johnston, Damon Albarn, Phil Davis and Hazel Douglas
Year: 1997
Genre: Action, Adventure, Crime, Drama and Thriller
Conclusion: 4/5
Stars the incredible Robert Carlyle who became a star after the success of the Trainspotting films (1996, 2017) and also The Full Monty (1997). The drawback with this film is that it is incredibly predictable. Terrific performances from the likes of Robert Carlyle. Ray Winstone, Sue Johnston and Phil Davis. I have not seen anything that this director has done before. In this she shows that screen violence is not just a game that boys can play. The script is very sharply written and it has a dynamite of a soundtrack.
http://www.imdb.com/title/tt0119092/videoplayer/vi631636249?ref_=tt_pv_vi_aiv_1