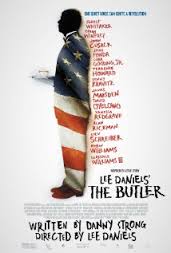 Review: Tells the story of Cecil Gaines who served as a Butler for the White House for eight American presidents. He went through changes such as the civil rights movement, Vietnam, family and the American society.
Director: Lee Daniels
Actors: Forest Whitaker, Oprah Winfrey, John Cusack and Vanessa Redgrave
Year: 2013
Genre: Biography and Drama
Conclusion: 2/5
I found that the whole plot line and the direction to be really long drawn out. Really slow. All of the scenes in with Oprah Winfrey I found they didn’t really need. Could have done without quite easily. The film itself I am afraid just didn’t work for me. I didn’t feel engaged once. Forest Whitaker does his best to bring some life to this film. Matthew McConaughey was cast as John F.Kennedy, but dropped out due to scheduling conflicts.